The iPro London Racketlon Team competed in the first of two Champions League legs in Malmo, Sweden on Friday 26th Feb. In this first leg, iPro London played their first 3 matches of this season’s all new Champions League (with their remaining 4 matches to be played in Nussloch, Germany on 28th July).

The official bookies of the Racketlon Champions League, www.bethard.com had iPro London as their marginal pre tournament favourites so all eyes were on the iPro team who in this first leg of matches in Sweden had the following line-up:

Luka Penttinen (Finland): u21 world no.4

Each team match consisted of 3x Men’s singles, 1x women’s singles and then the same players teamed up to play 1x Men’s doubles and 1x Mixed doubles. So in each of the 4 Racketlon sports of Table Tennis, Badminton, Squash and Tennis there were 6 matches (4 singles and 2 doubles). Each set was played to 11 points and the team who scored the most overall points across all matches and all sports would win the match.

iPro London’s first match was against the Helsinki Hawks which saw a big all British clash at Men’s no.1 between Duncan and fellow Brit Dan Busby (which had been the final of the British Champs last year). Duncan got off to a good start winning both the TT and Badminton 11-7 and was also able to hold off the usual Busby fight back in the squash, winning that 11-6 as well, before completing an 11-3 win at tennis to claim an emphatic +21 victory and put iPro London in charge of the match.

Natalie also proved too strong for her French opponent Margaux Randjbar winning comfortably as did the young Luka Penttinen who recorded a big +24 victory against James Watkins. Marko Valimaki (the Helsinki captain) played a very solid match to record a tight victory against Emil, but with the Mixed and Men’s Doubles also going London’s way, it meant a big overall victory by +65 points which gained the Team an additional winning bonus point in the table.

iPro’s second match was against Three Percent Malta Magic. Again London were favourites but the Malta team of Kresten Hougaard (Denmark), Sebastian Hedlund (Sweden), Alistair Prades (GB) and Svenja Kleb (Germany) all played great matches across the first two sports of Table Tennis and Badminton opening up a significant 30 point advantage. London came back strong in the squash reducing the gap to 9 points before the tennis and the match went right down to the wire. At one point Duncan had match point for London at 10-8 in his tennis set vs Hedlund, but ended up losing 13-11 (on a net cord!) which gave Malta Magic a hugely unexpected, but well deserved +3 win.

There were a lot of sore bodies before the final match of the day against the very strong, unbeaten Technifibre Copenhagen team who had recorded big bonus point victories in their first two matches. Still hurting from their narrow loss to Malta, the London team hit back producing a big all round performance. Duncan played a great match against the Copenhagen captain and world no.5 Morten Jaksland winning +3 and then very solid wins for Natalie, Emil and Luka in the singles, as well as some good doubles victories, meant London recorded +44 victory gaining another bonus point and so overtaking Copenhagen in the table.

It had been a very brutal, very long, physical day of Racketlon when none of the 8 Champions League teams had managed to win all their matches. Any team was capable of beating anyone. With Emil and Luka unable to play in Germany the London team will welcome two new strong additions to the team: Christian Wiessner (Germany) and Pieter De Bleeckere (Belgium) as they attempt to hang on to top spot and clinch the title!

Full Champions League table can be seen below or at this link:

Position in the table is decided on Total Points first, followed by Points Difference 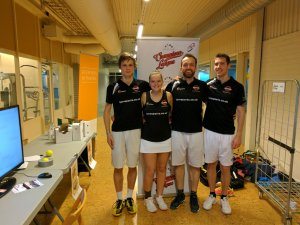 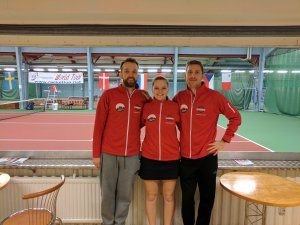 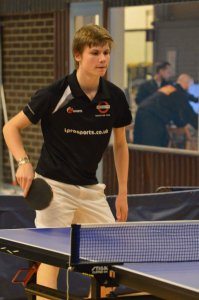